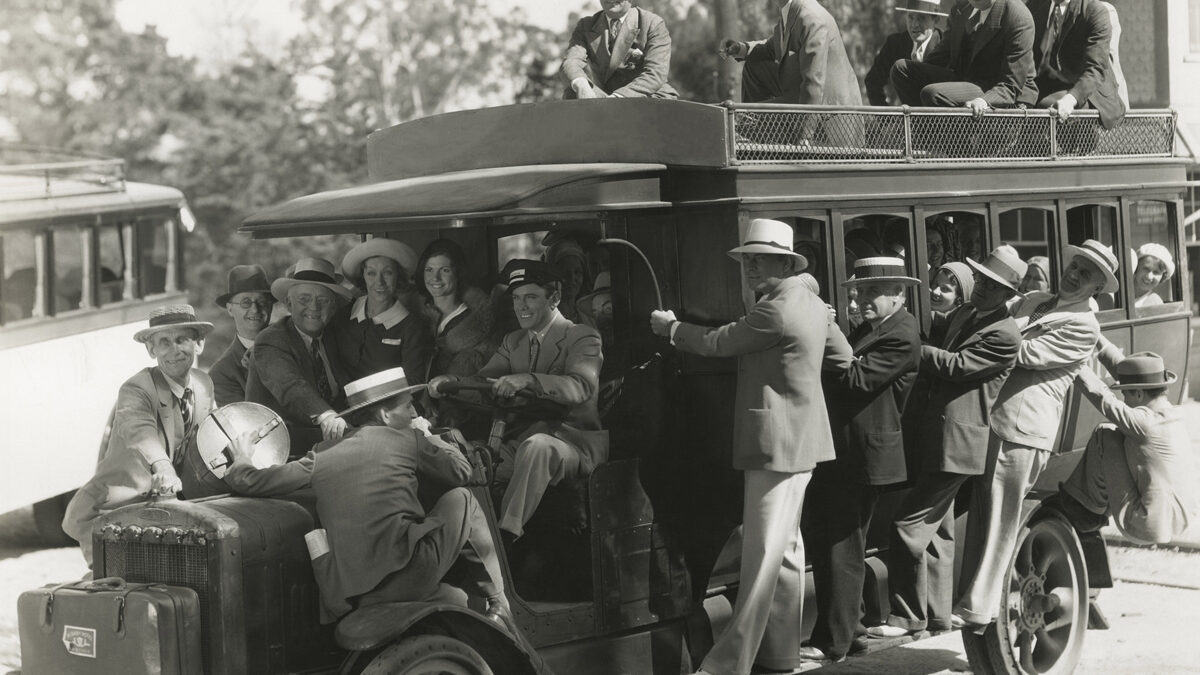 How to Increase Part Density, Reduce Sway and More with VFD Controlled Carriers

Are you employing an outdated technique in moving parts throughout your automated finishing process?

Daisy chaining parts, when products are suspended from hooks, can cause swaying of parts, particularly as the parts move through turns, stop or start, or change elevation. That sway can also be initiated by workers who are trying to “catch the moving line” when dealing with chain-based, conveyorized, overhead finishing systems.

In power and free systems, sway can also be introduced when part carriers abruptly stop in place or switch from one chain track to another, particularly if those tracks are traveling at different speeds.

Swaying parts in the process of finishing parts adds up to lost dollars, because it forces parts to maintain greater clearances from each other as they travel through the system to avoid crashing into one another or, worst-case, falling off the line. Crashing into each other can certainly mar the finish, if not the part itself! Falling off the line is also very problematic! 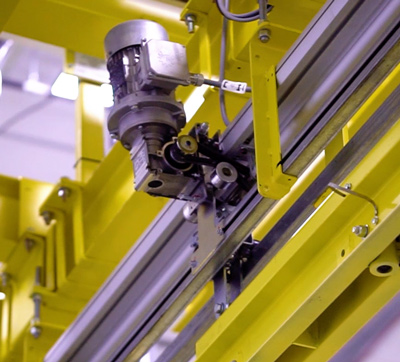 With an IntelliFinishing system, part sway is greatly reduced via the use of variable frequency drive, or VFD, control.

In these systems, the speed of each carrier on a section of track is independently controlled by a small motor that is VFD controlled. This VFD allows carriers to smoothly accelerate and decelerate, reducing the inertial forces that lead to excessive swaying of parts.

An IntelliFinishing system also allows parts to stop for load, unload, masking, blow off, or yes, even the finishing processes. Carriers can also speed up or slow down as may be needed or required per section of track. For example, in a non-process section of track carriers may move at speeds as high as 40 to 65 feet per minute (considerably faster than the fixed line speeds of most chain conveyors), but then slow down to under 10 fpm for a wash process or as they enter an automated finishing booth. The carriers might also index forward in an oven, as another example, in order to achieve a specific amount of time in that oven while other carriers in the oven have other time allotments for drying off or curing.

Many users of IntelliFinishing systems choose to preload parts on removable loadbars and then hang the entire loadbar on the system from a carrier that is stopped in place. This avoids having loaders chasing after a moving chain to load the parts. After load, the carrier moves at a variable speed (basically as fast as possible) to the next step or to catch up to the carrier in front that may be waiting it’s turn in the wash or shotblast.

As a result, and especially when combined with more solid frame racking, many more parts can be hung in the same processing part window for an IntelliFinishing system.

For most systems, it takes the same amount of wash spray and time in the oven or booth to process a dense set of parts hung on a carrier compared to a lightly loaded carrier. This means that, when you can get greater part density, you can boost production without decreasing efficiency, which translates to heightened productivity. For a recent client, we were able to calculate a 20% increase in throughput per hour, simply by assuming the capacity to increase the density of parts on an IntelliFinishing System compared to traditional finishing system carrier loads.

The racking system is also a key inflection point on the journey to greater efficiency, and it’s common to question which might be right for your needs. While that will ultimately depend on the parts, in general, racking that locks a part in place is better to minimize part sway, no matter whose conveyor you use.

Of course, in powder coating, grounding through the racking is an important consideration. In this case, racking that has clean connections to the carrier or loadbar will transfer ground best and thus insure a better finish with less powder waste.

IntelliFinishing systems are designed with one purpose – bringing you greater efficiency in your part finishing. Leveraging VFD control to reduce part sway and boost part density is only one of the tools we have in achieving that mission.

The Best Laid Plans of Mice and Engineers

Race To The Finish…ing System – Industry 4.0 Has Arrived!

The Best Laid Plans of Mice and Engineers